There is something magical about flying discs. The way they effortlessly float through the air and can almost seem to hover as you run them down to catch one make them so much fun to play with. For most, the fun often stops with this basic game. I’m here to tell you that there are many other games you could be playing with your flying disc besides catch or Ultimate. Below are my five favorite flying disc games that are just as easy, but way more fun.

Fans of bocce ball will love this disc game. You’ll need a disc for everyone playing, along with one extra to use as the marker. Start the game by throwing the marker disc. Next, let players take turns throwing their discs towards the marker disc. The player whose disc lands closest to the marker wins and gets to throw the marker for the next round. Take this game up a notch by playing at night with the Disc-O Select or Disc-O Tech versions of the Flashflight Light Up Flying Disc, allowing players to choose the color of their disc so they can quickly identify who landed closest to the marker.

This is a fun four-player game that you’ll need a couple of poles and bottles (glass bottles or aluminum beer bottles work best). Players break into teams of 2 and stake their poles into the ground across from each other about 30 feet. Next, balance the bottle on the top of the poles. The teams then take turns throwing a flying disc at the opposing team’s pole, scoring points by either knocking the bottle from the pole or hitting the pole with the disc. More points are awarded for knocking the bottle to the ground—however, the defensive team can steal the points by catching the bottle before it touches the ground. Games are usually played to 15 points, and you must win by 2 points. For more details on how to play, visit the Outdoor Games + Sports website.

Sometimes called disc cricket or cups, Fricket is one of my favorite games to play with a flying disc and a house favorite at Nite Ize where we’ve made our own version using SpotLit Carabiner Lights to light up the poles at night. The game is played in teams of two with teams standing about 30 feet across from each other and behind a set of poles with cups placed on top of them. The poles should be about waist high, set far enough apart that a disc could pass through them with a few inches on either side. Players take turns throwing the disc at the opposing team’s wickets (poles), trying to knock the cups off the poles or successfully throwing the disc through without touching them. The throwing team scores one point for each cup that is knocked off and hits the ground, or two points when they throw the disc through the poles. However, the defensive team can score a point if they are able to catch the cup once it is knocked off the wicket before hitting the ground. Games are played to 21 points and you must win by two.

If you’ve ever played the basketball version of this game, than you know what’s next. Players take turns trying to match each other’s trick catches or by hitting a specific target from a designated place. When a person is unable to hit the target or make the trick catch, they get a letter. The first person to spell HORSE loses.

5. KanJam (AKA garbage can frisbee)

KanJam is the cornhole of disc games. The game originally began using trash cans set about 40 feet apart with slots large enough for a flying disc to pass through, cut into the side of the trash can. Like cornhole, teammates stand on opposing sides and attempt to score points by taking turns trying to throw the disc into the can, or by having their teammate deflect the disc into the top of the can. One point is scored when your teammate deflects the disc into the side of the can, two points for a direct hit, three points if your teammate slam dunks the disc into the top of the can, and an instant win if you can throw the disc through the slot in the side of the can. Games are played to 21 points, and you must win by two points. This game is really fun to play at night using a headlamp or lantern to illuminate the can from the inside and a Flashflight Light Up Flying Disc for the throwing. For more information on how to setup and play the game, visit Backyard Games.

If you’re a fan of flying discs like I am and know of other games that are easy to play, please tell me about your favorite in the comments below! 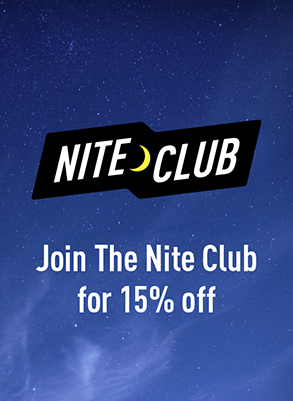